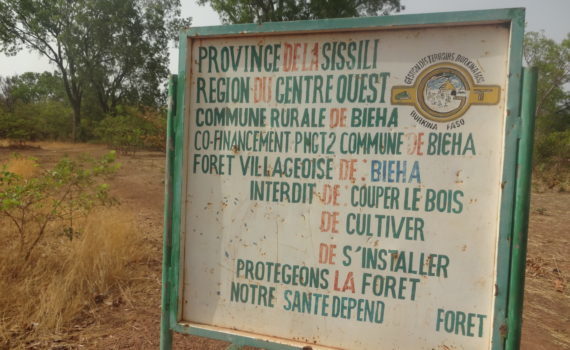 Under Law No. 003-2011 / AN of April, 5th 2011 relating to the forest code in Burkina Faso, “A village area of ​​hunting interest is part of the land of a basic community, affected by it for exploitation hunting resources. Its creation is proposed by the minutes of a meeting of the competent village body and confirmed by order of the competent local authority. “(Article 103).

“Village areas of hunting interest can be managed by village associations or groups or any other legal structure with legal personality …” (Article 104).

“The activities authorized in village areas of hunting interest are determined by the base community with the assistance of the local technical services responsible for wildlife” (Article 105).

The Zovic are, for the most part, constituted on the edge of the classified wildlife areas, those of the WAP national park complex (W-Arly-Pendjari) for the eastern Zovic and those of the wildlife reserve complex PONASI (Pô-Nazinga-Sissili) for the Zovic of the Center-South and the Center-West.

Far beyond their hunting interest, village areas of hunting interest are areas of multiple use of natural resources for local populations. They are among the last secure reservoirs of flora and fauna in the villages that created them.

The direct income generated by hunting and the exploitation of various other products contributes to the financing of community projects (infrastructure, events, etc.) and to the purchasing power of local actors. Some Zovic host sacred sites to which the populations concerned are attached.